So we’ve worked on a new feature, deployed it to a feature branch, created a PR for it, merged it to master, and promoted it to production! We are almost done going over the workflow. But before we move on we want to make sure that you are able to rollback your serverless deployments in case there is a problem. We think this is a critical aspect of your CI/CD pipeline. In this chapter we’ll look at what the right rollback strategy is for your Serverless apps.

Let’s quickly look at how to do that in Seed.

To rollback to a previous build, go to your app in Seed. Let’s suppose we’ve pushed some faulty code to prod stage. Head over to the Activity tab to see a list of historical builds. 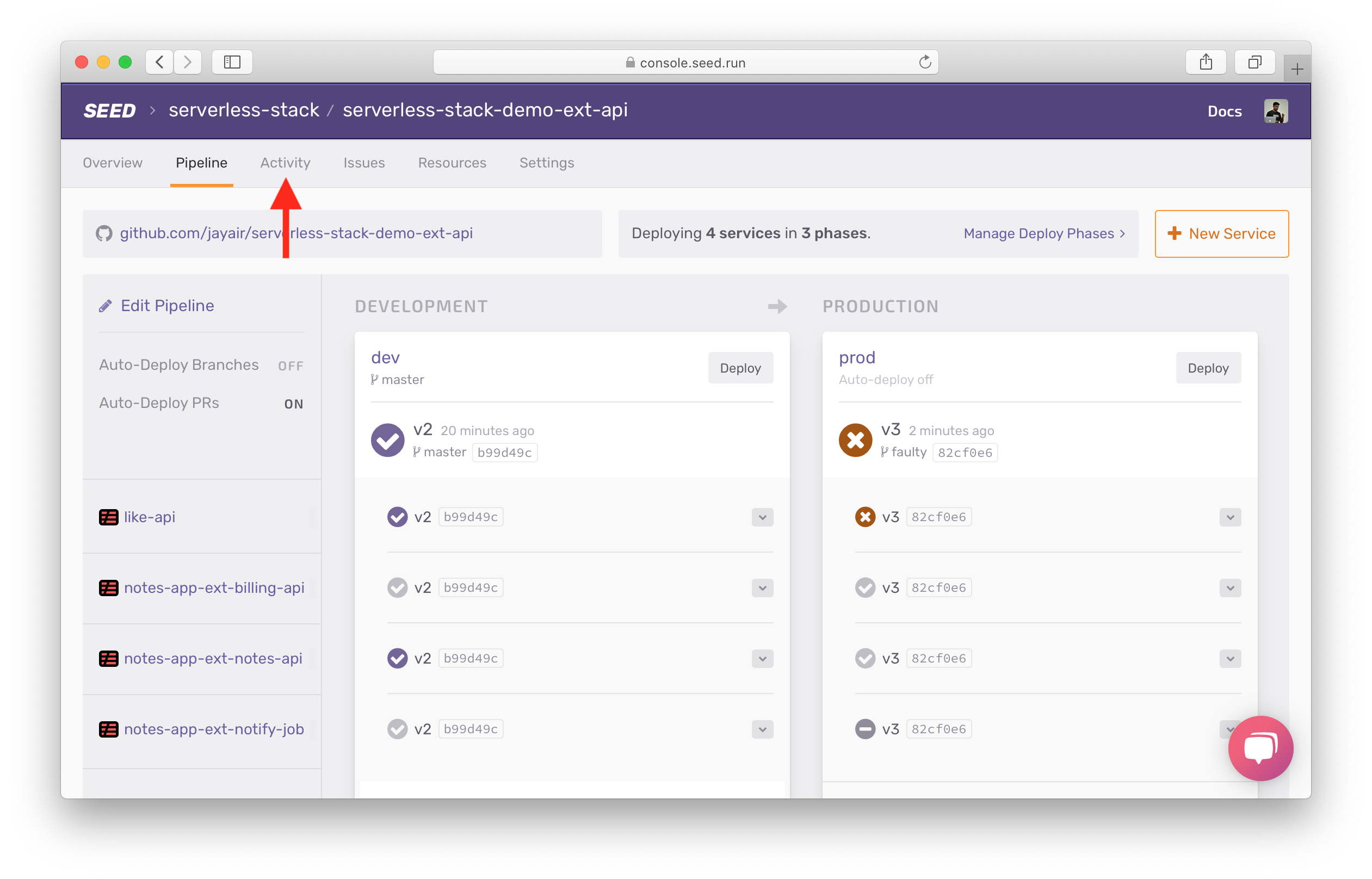 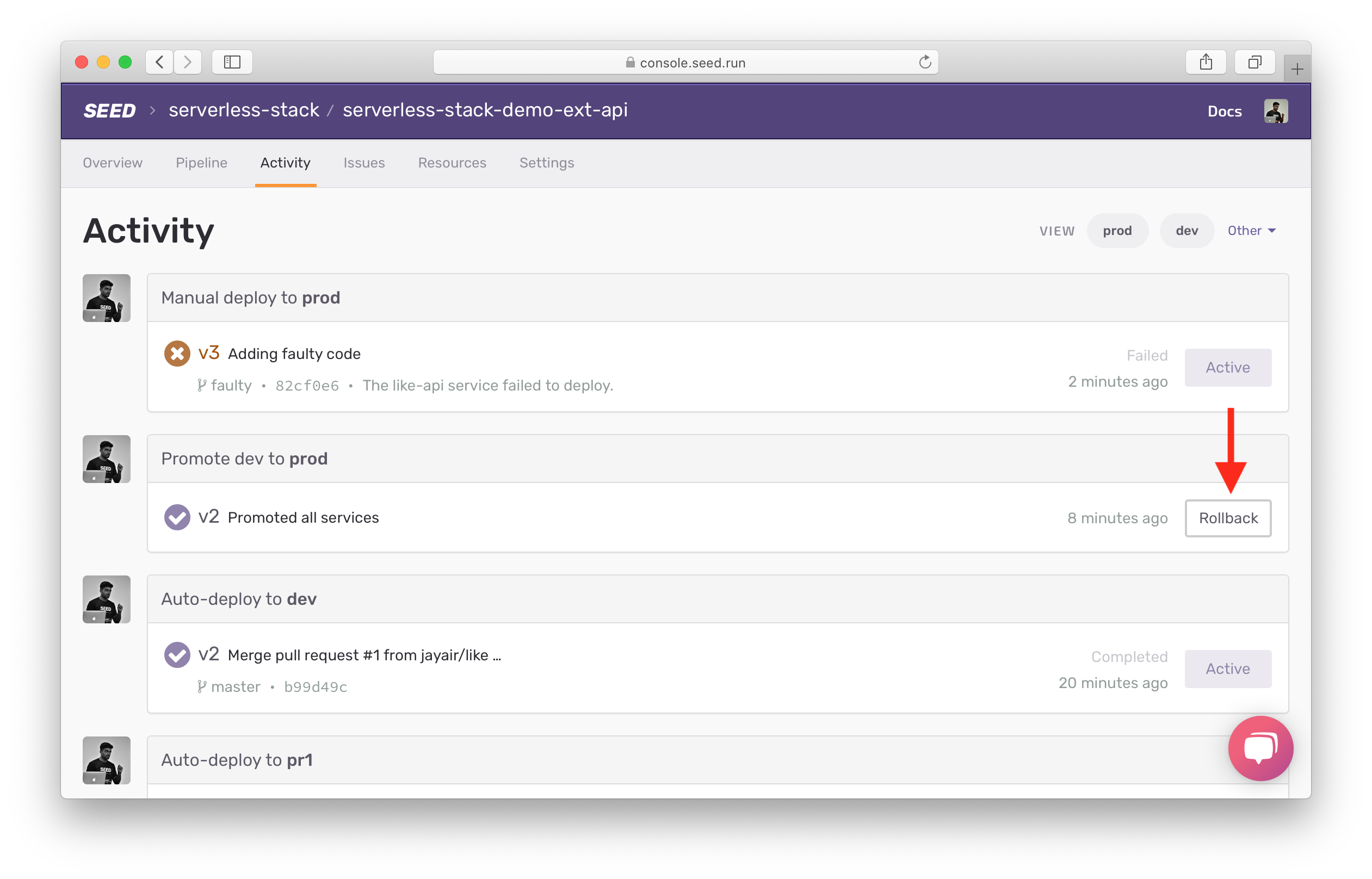 Notice a new build is triggered for the prod stage. 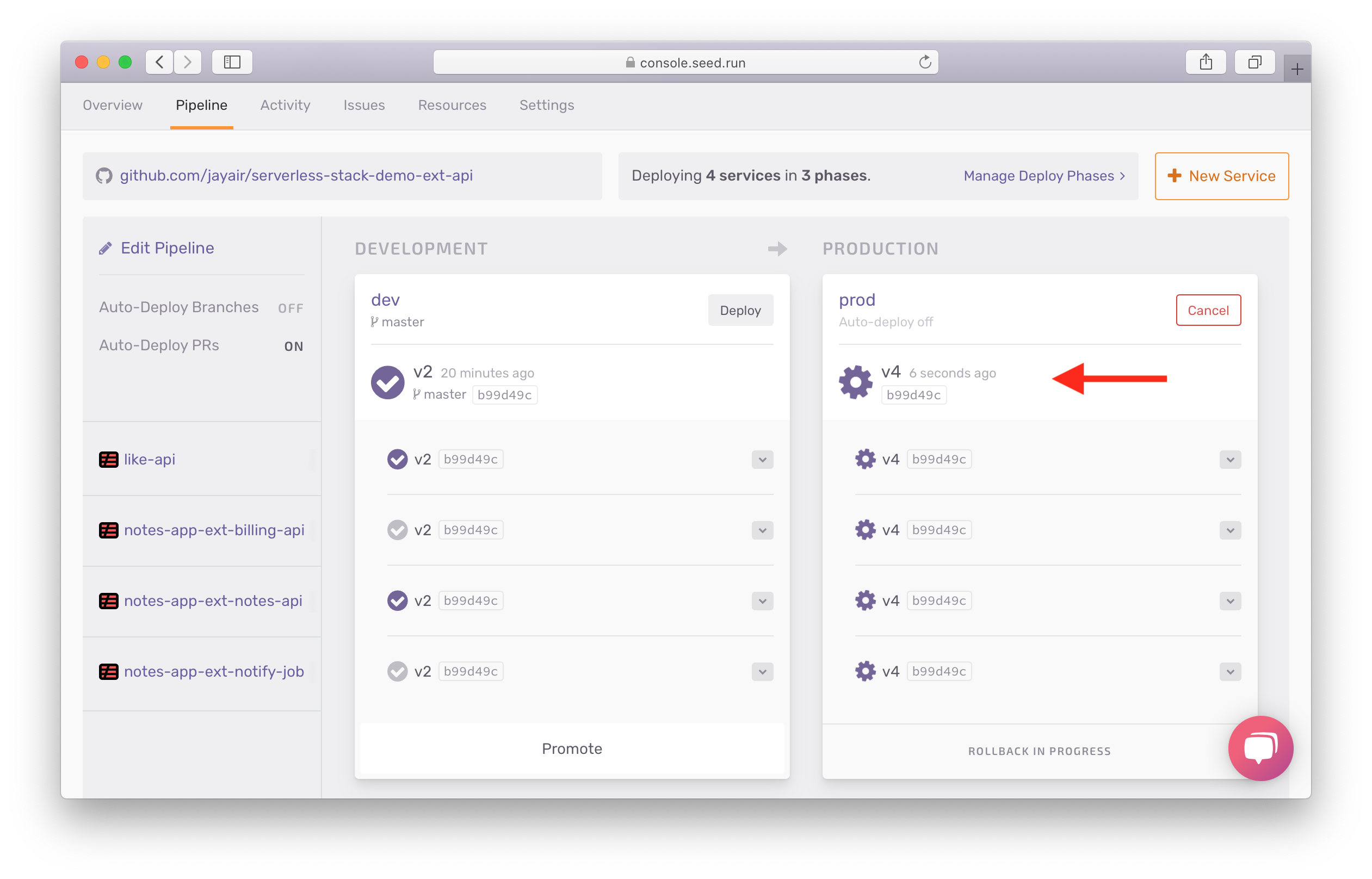 In our monorepo setup, our app is made up of multiple services, and some services are dependent on each other. These dependencies require the services to be deployed in a specific order. Previously, we talked about how to deploy services with dependencies. We also need to watch out for the deployment order when rolling back a change.

And the notify-job service imports the topic and uses it to trigger the notify function:

Note that the billing-api service had to be deployed first. This is to make sure that the export value ExtNotePurchasedTopicArn has first been created. Then we can deploy the notify-job service.

Assume that after the services have been deployed, you push a faulty commit and you have to rollback.

In this case, you need to: rollback the services in the reverse order of the deployment.

Meaning notify-job needs to be rolled back first, such that the exported value ExtNotePurchasedTopicArn is not used by other services, and then rollback the billing-api service to remove the SNS topic along with the export.

Next we are going to look at an optimization that you can make to speed up your builds.