We are now ready to work on our frontend. So far we’ve built and deployed our backend API and infrastructure. We are now going to build a web app that connects to our backend.

We are going to create a single page app using React.js. We’ll use the Create React App project to set everything up.

Run the following command in your project root.

This should take a second to run, and it will create your new project in the frontend/ directory.

Note that we are adding this inside our SST app. Create React App will throw a warning if it is installed inside a directory that uses Jest. And we were using Jest to run our tests. To disable this, we’ll need to set an environment variable.

Add the following to frontend/.env.

Run the following in the frontend/ directory.

Now to use this package, we’ll add it to our package.json scripts.

Replace the start script in your frontend/package.json.

Add the React App to SST

We are going to be deploying our React app to AWS. To do that we’ll be using the SST ReactStaticSite construct.

Create a new file in stacks/FrontendStack.js and add the following.

We are creating a new stack in SST. We could’ve used one of the existing stacks but this allows us to show how to connect stacks together.

We are doing a couple of things of note here:

Adding to the app

Let’s add this new stack to the rest of our app.

Replace the main function in stacks/index.js with.

Here you’ll notice that we are passing in the references from our other stacks into the FrontendStack.

Also, import the new stack at the top.

If you switch over to your terminal, you’ll notice that you are being prompted to redeploy your changes. Go ahead and hit ENTER.

Note that, you’ll need to have sst start running for this to happen. If you had previously stopped it, then running npx sst start will deploy your changes again.

You should see that the new frontend stack has been deployed.

In the frontend/ directory run.

This should fire up the newly created app in your browser. 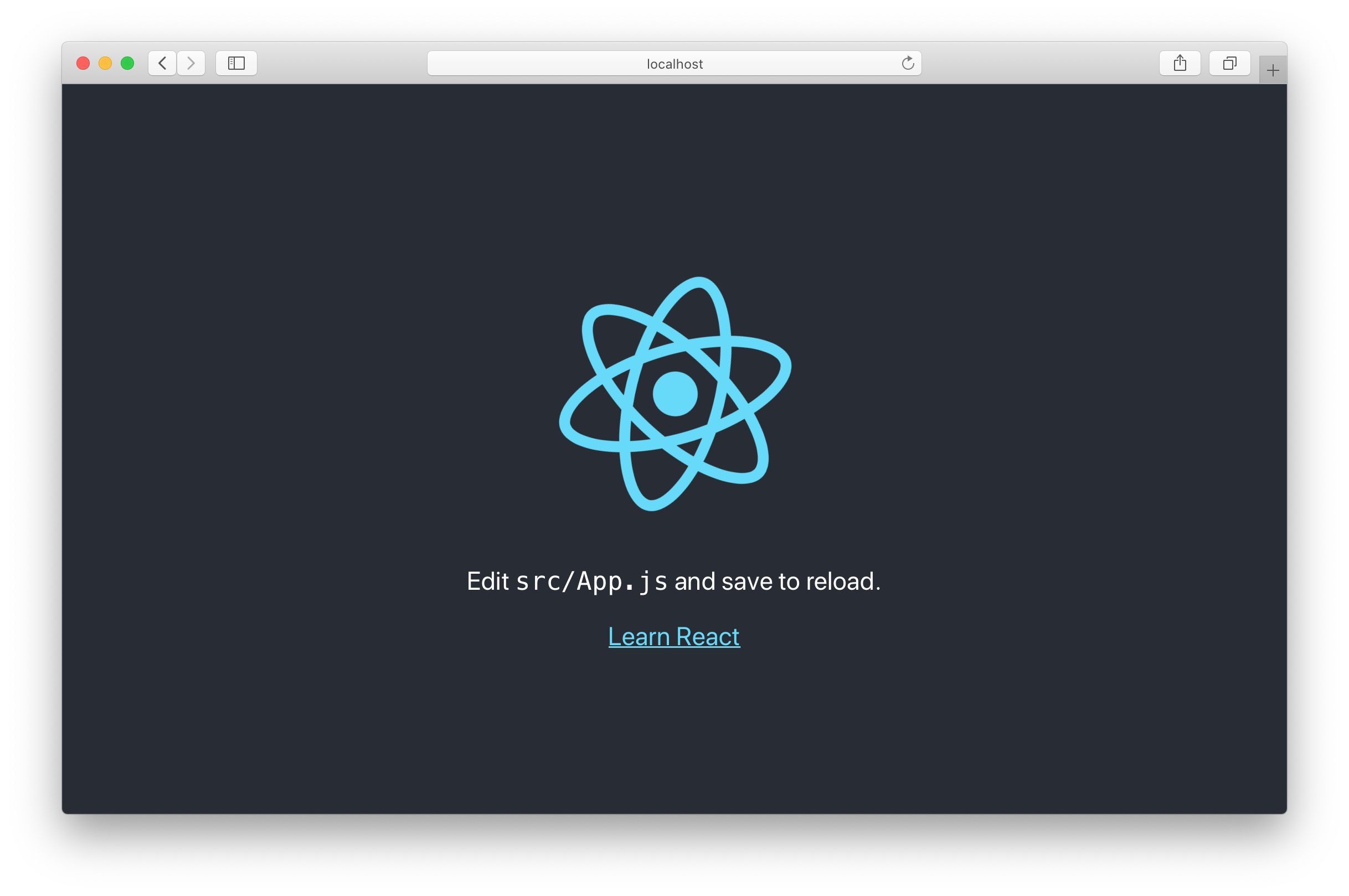 Let’s quickly change the title of our note taking app. Open up public/index.html and edit the title tag to the following:

Now we are ready to build our frontend! We are going to start by creating our app icon and updating the favicons.