Now, we are ready to make our first deployment. You can either Git push a new change to master to trigger it. Or we can just go into the dev stage and hit the Trigger Deploy button.

Let’s do it through Git.

Go back to the notes service in your backend API repo, services/notes and run the following.

This is simply updating the NPM version for your project. It is a good way to keep track of the changes you are making to your project. And it also creates a quick Git commit for us.

Now if you head into the dev stage in Seed, you should see a build in progress. Now to see the build logs, you can hit Build v1. 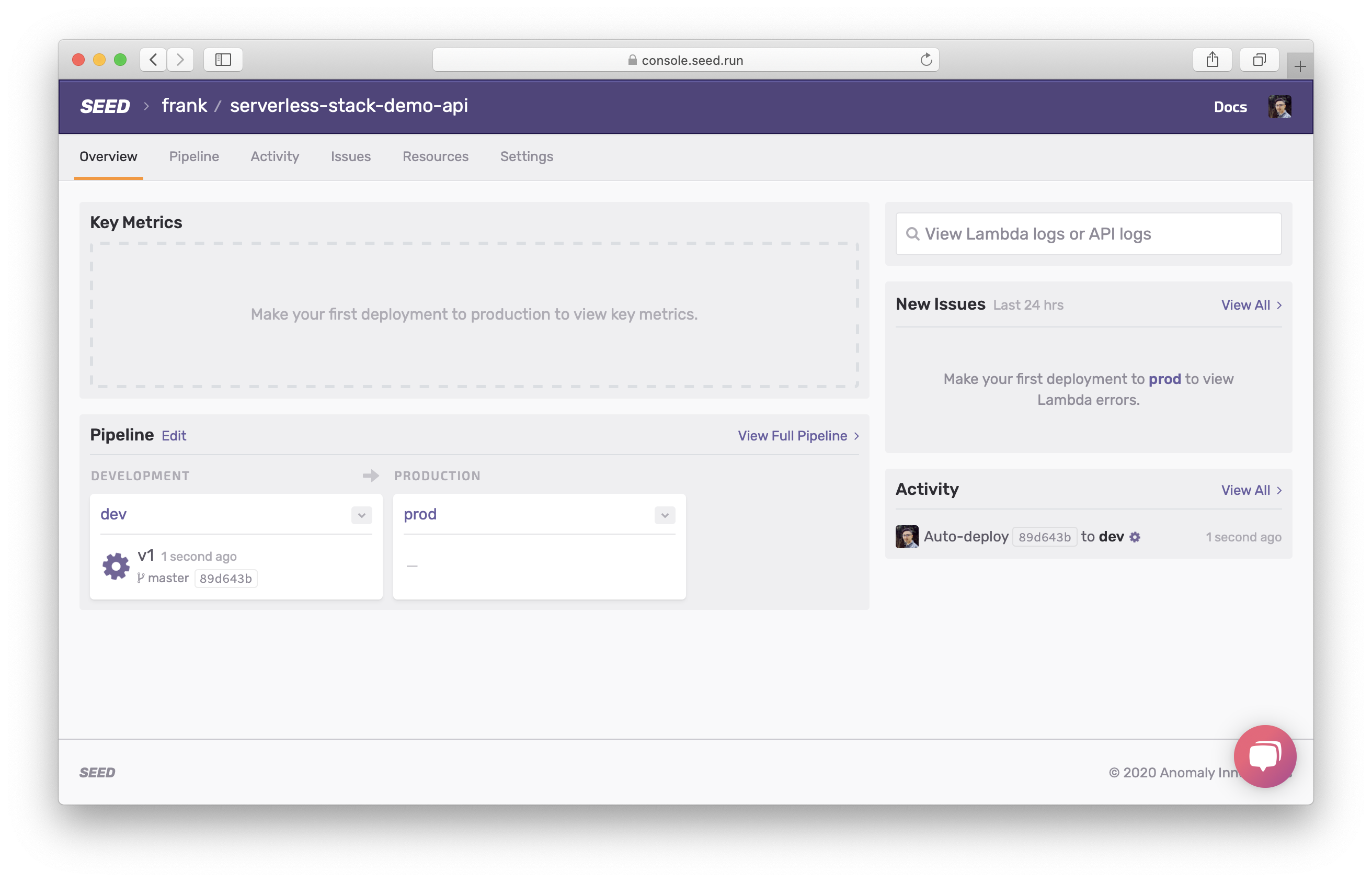 Here you’ll see the build taking place live. Note that the deployments are carried out in the order specified by the deploy phases. 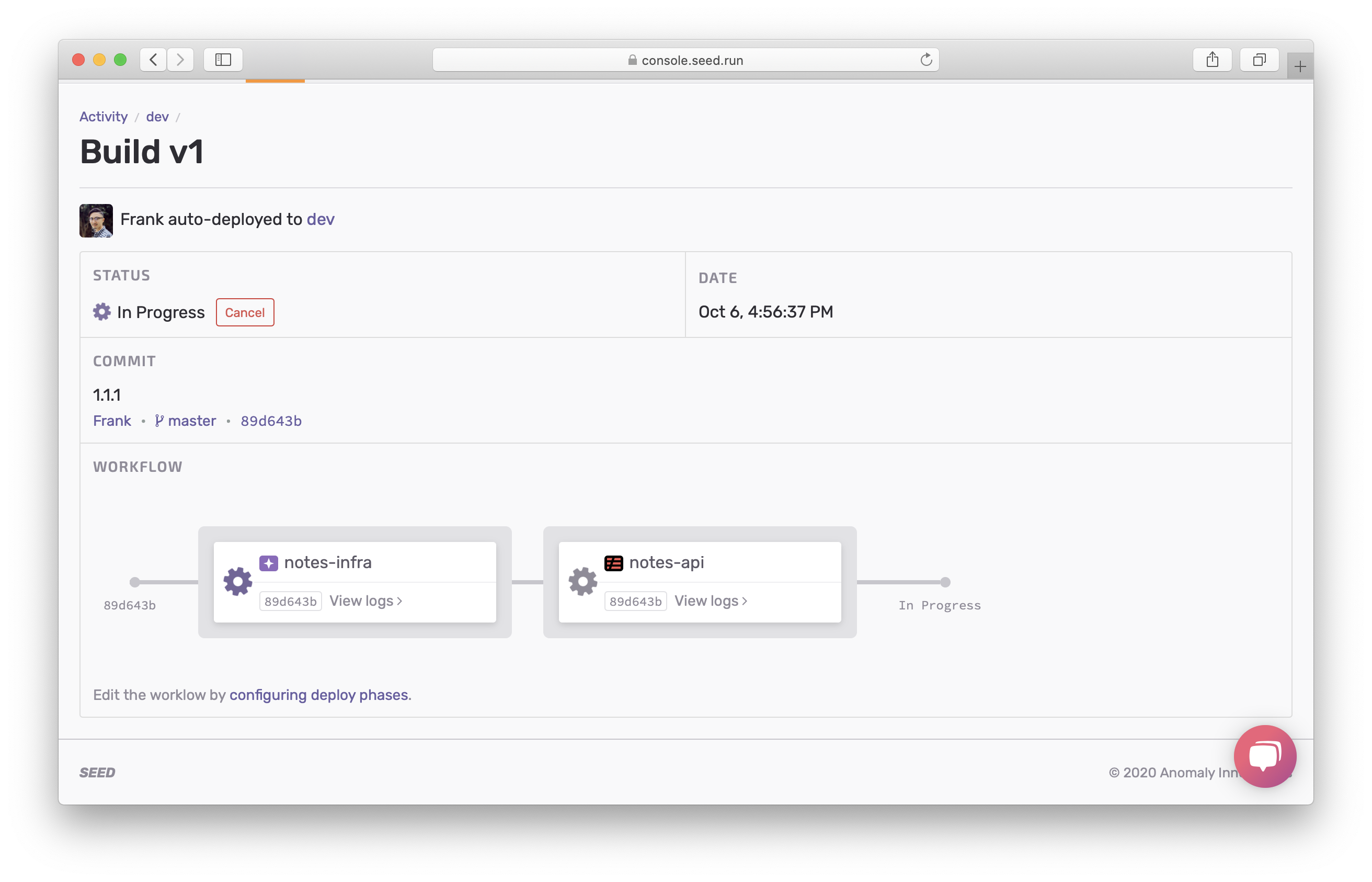 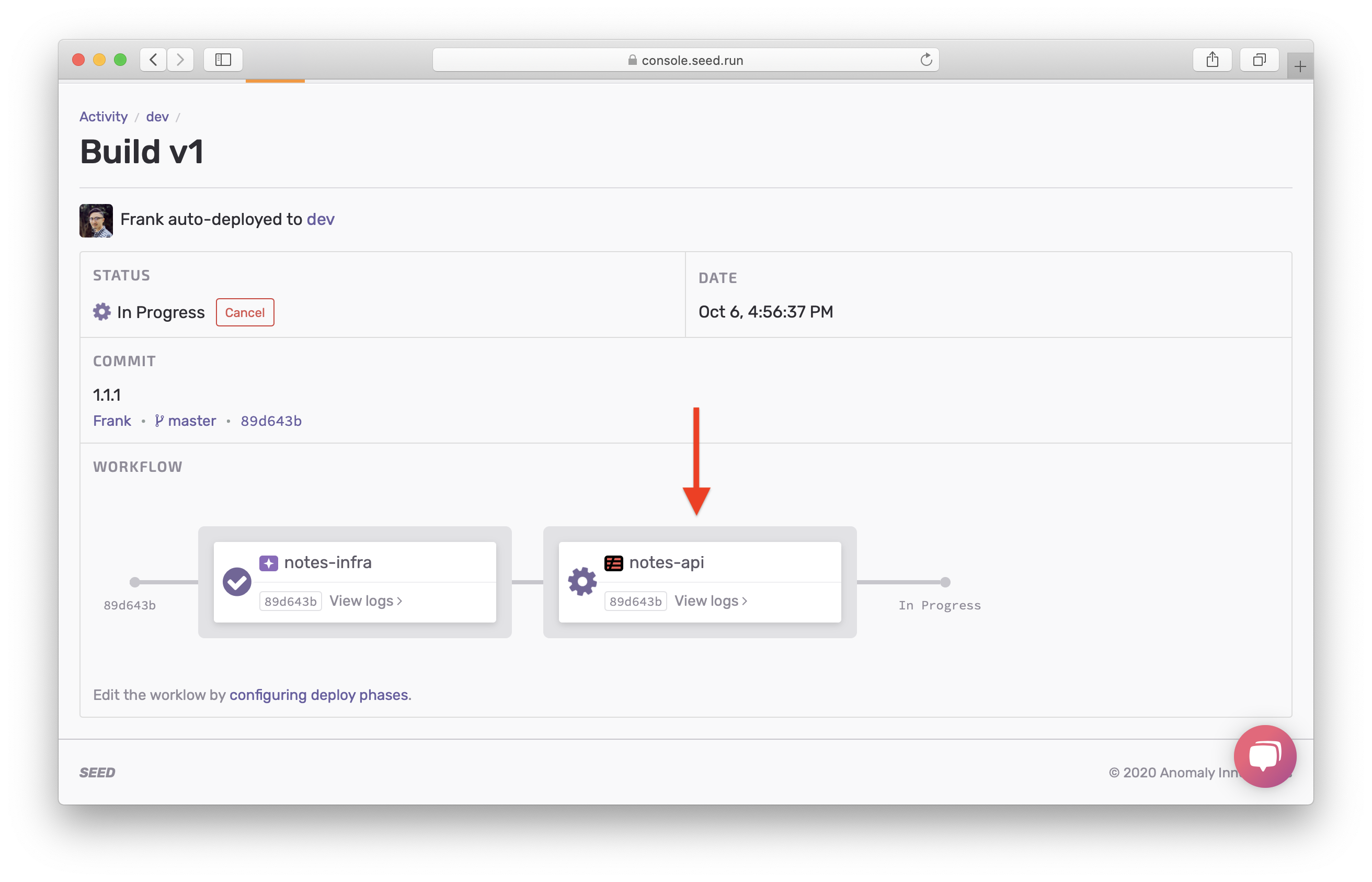 You’ll see the build logs for the in progress build here. 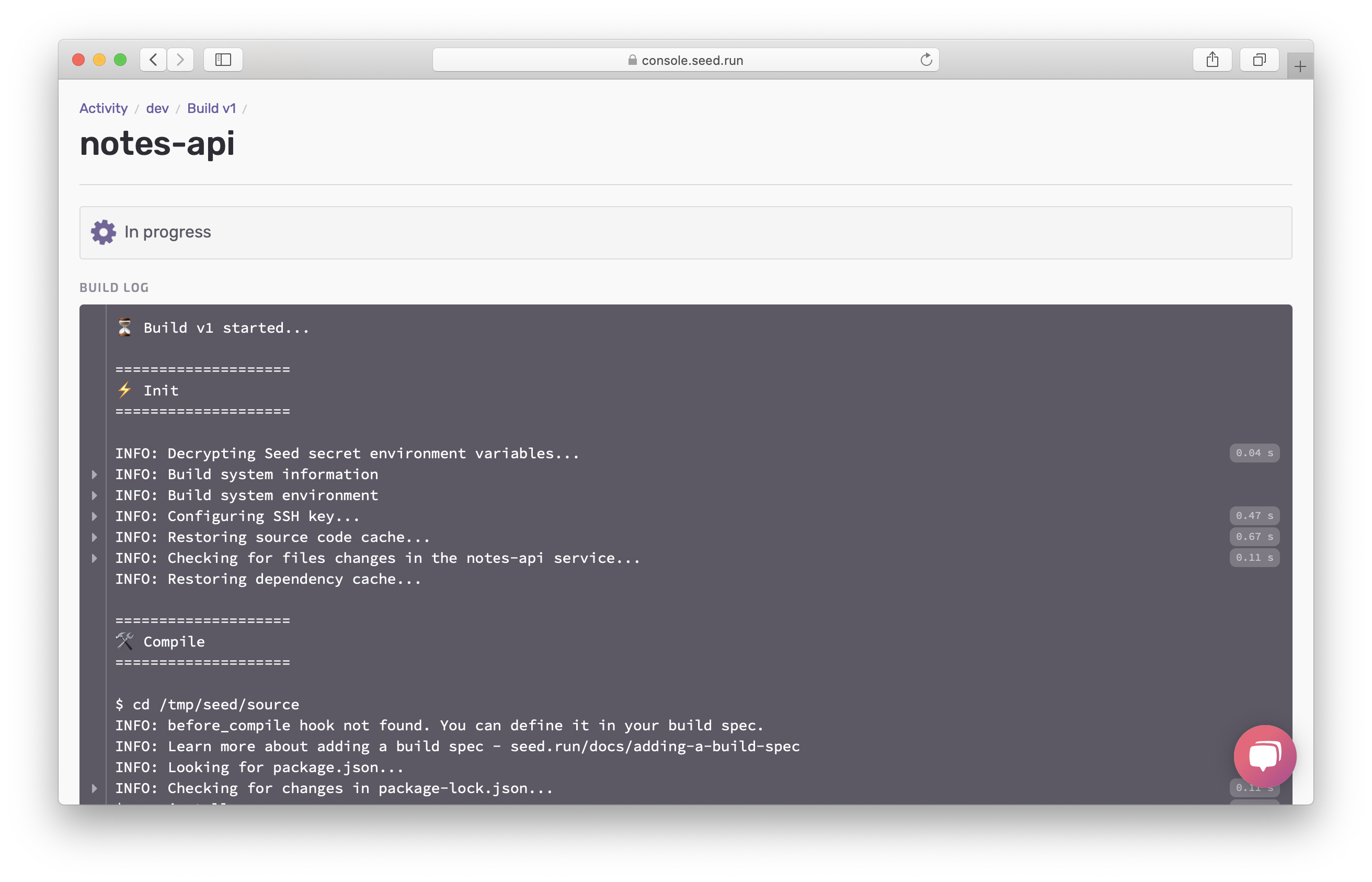 Notice the tests are being run as a part of the build. 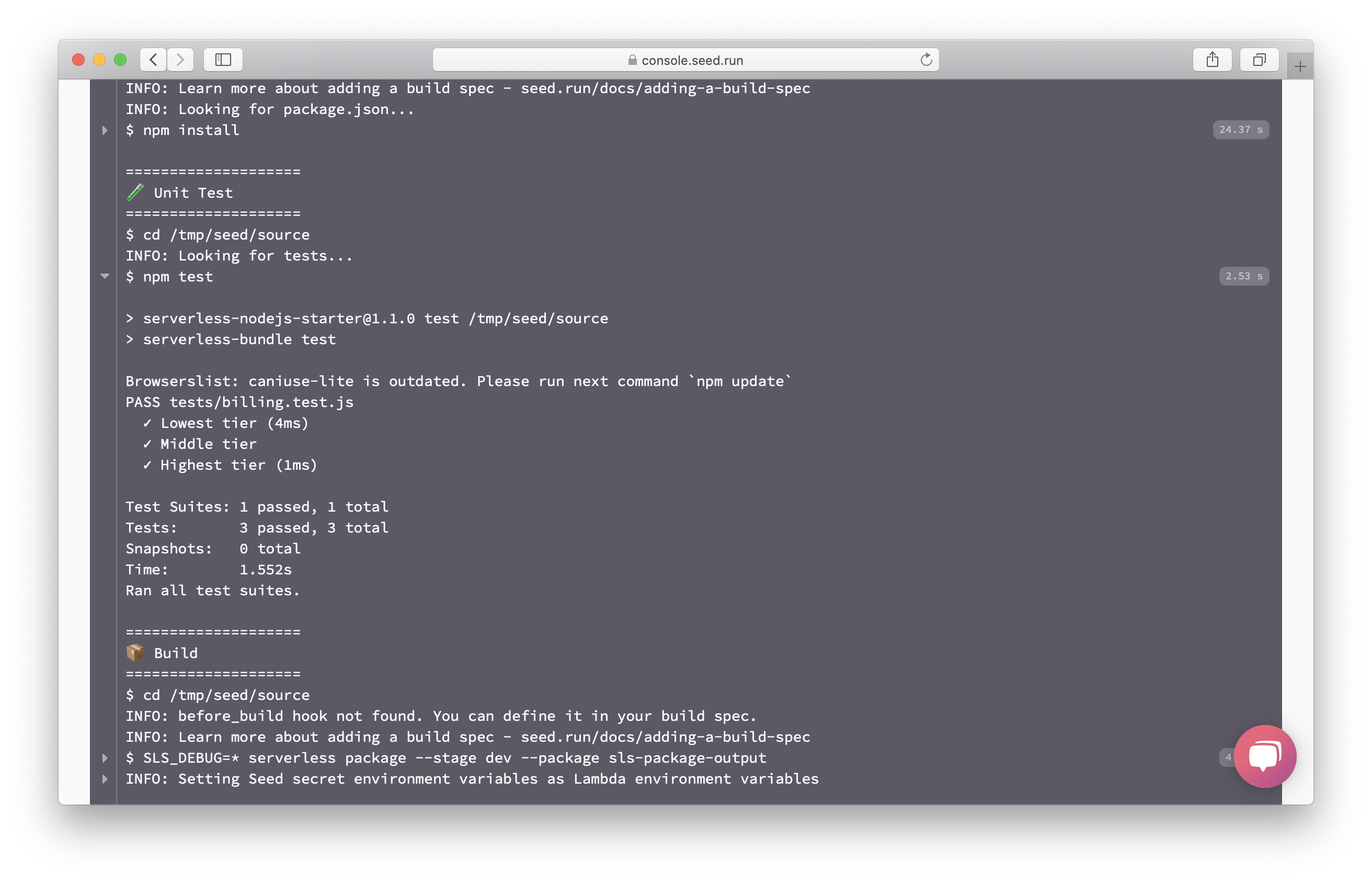 Once the build is complete, take a look at the build log from the notes-infra service and make a note of the following:

We’ll be needing these later in our frontend and when we test our APIs. 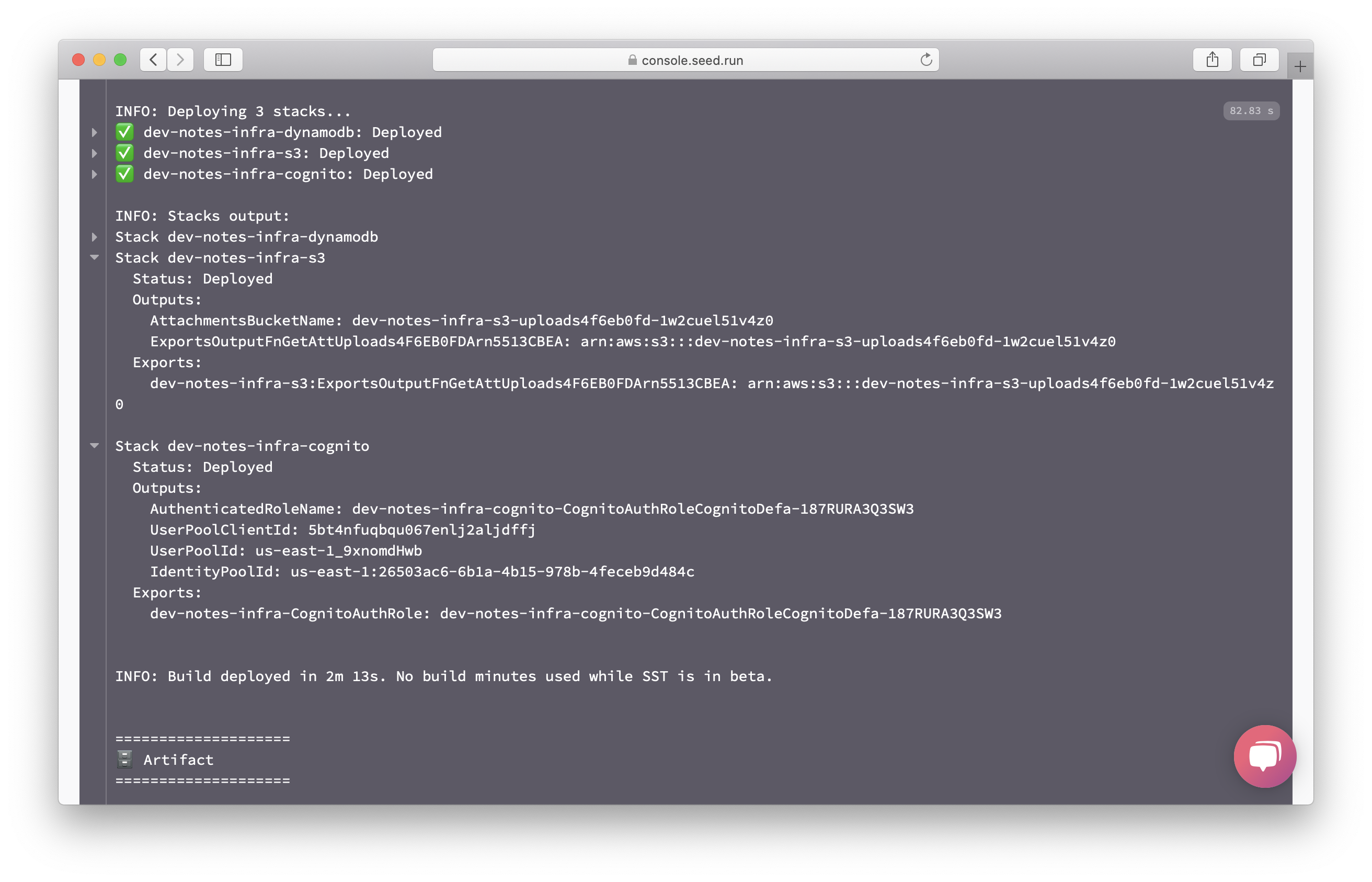 Then, take a look at the build log from the notes-api service and make a note of the following: 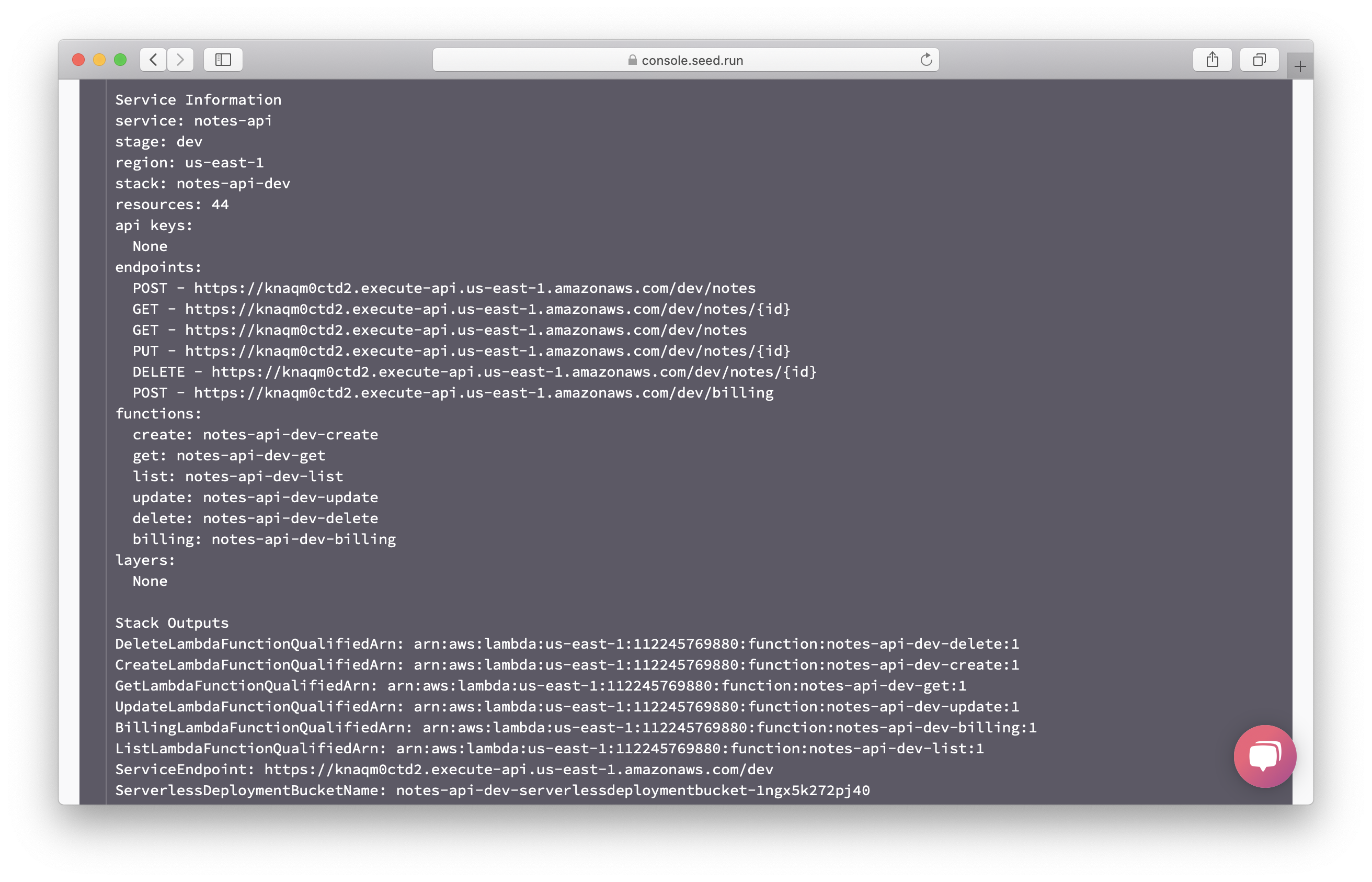 If you don’t see the above info, expand the deploy step in the build log.

Now head over to the app home page. You’ll notice that we are ready to promote to production.

We have a manual promotion step so that you get a chance to review the changes and ensure that you are ready to push to production. 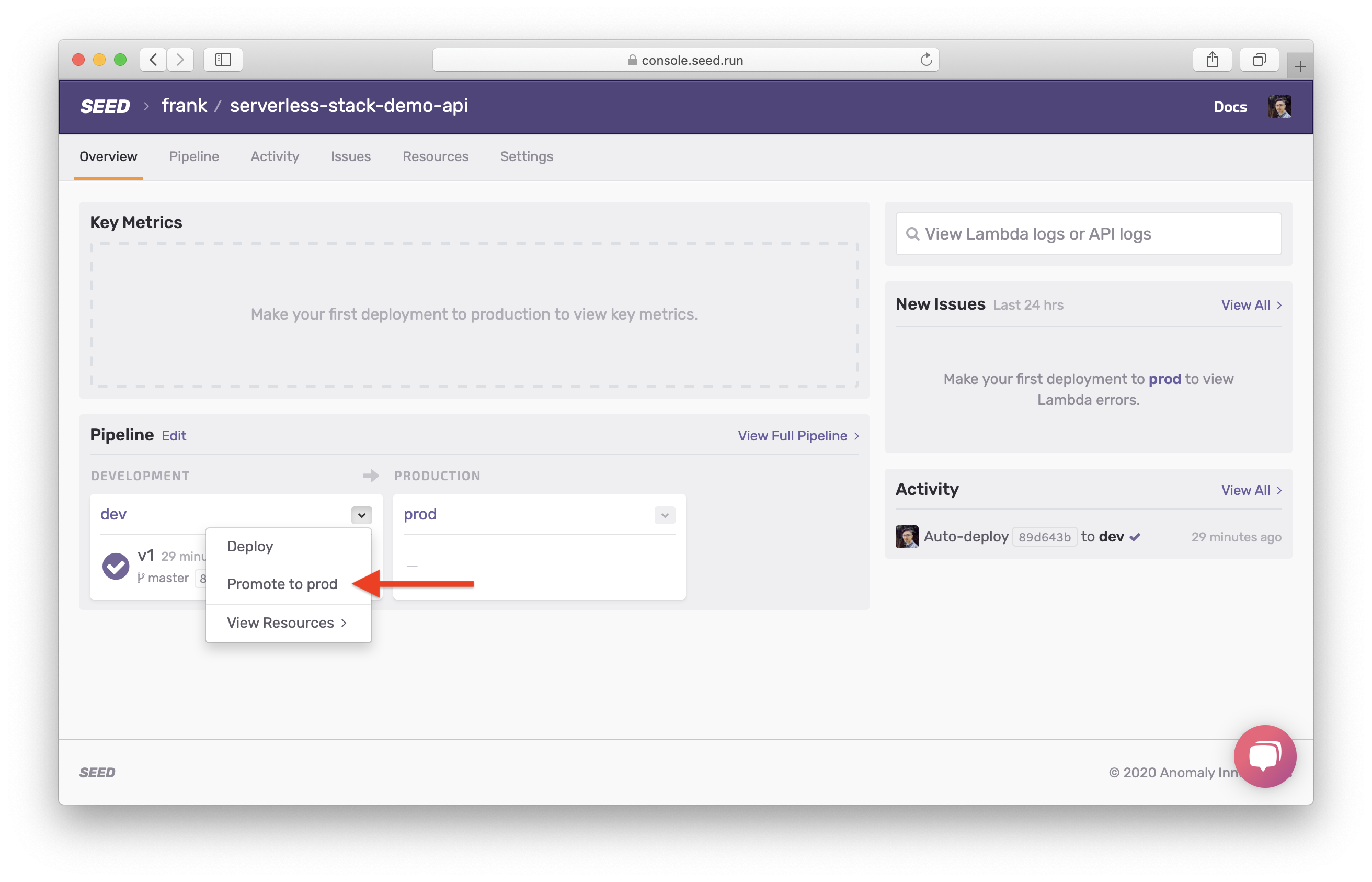 This brings up a dialog that will generate a Change Set. It compares the resources that are being updated with respect to what you have in production. It’s a great way to compare the infrastructure changes that are being promoted. 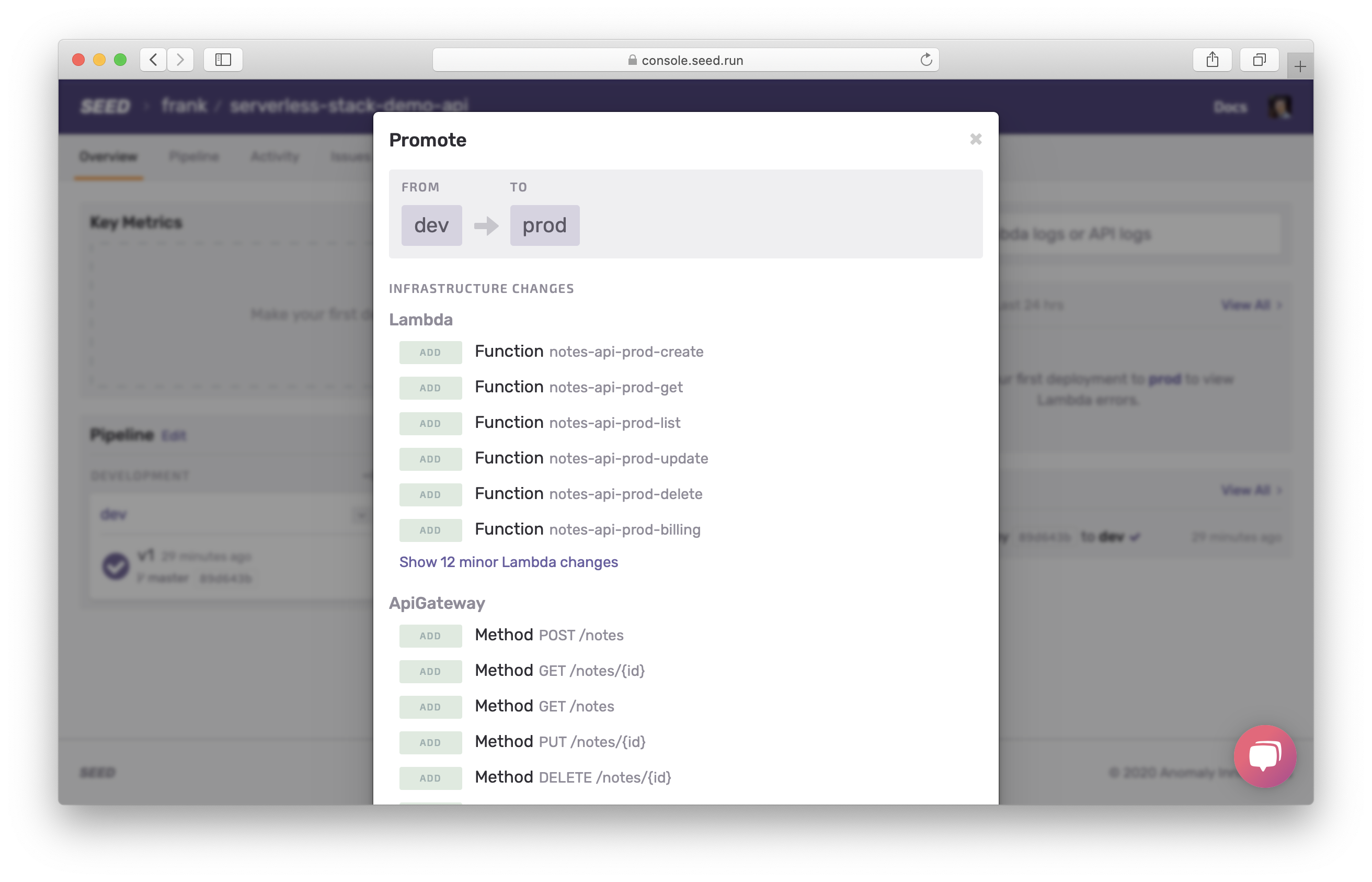 Scroll down and hit Promote to Production. 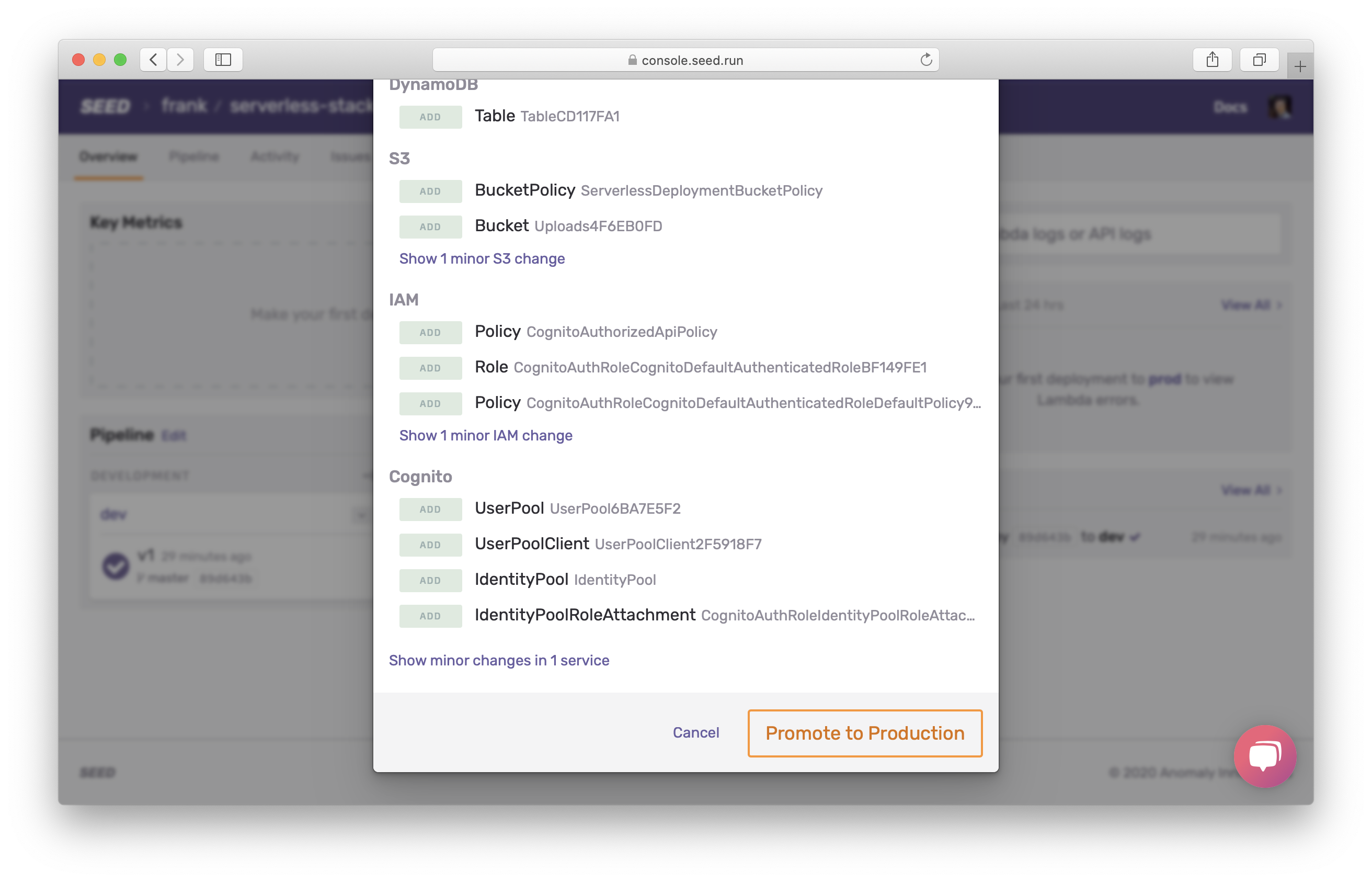 You’ll notice that the build is being promoted to the prod stage. 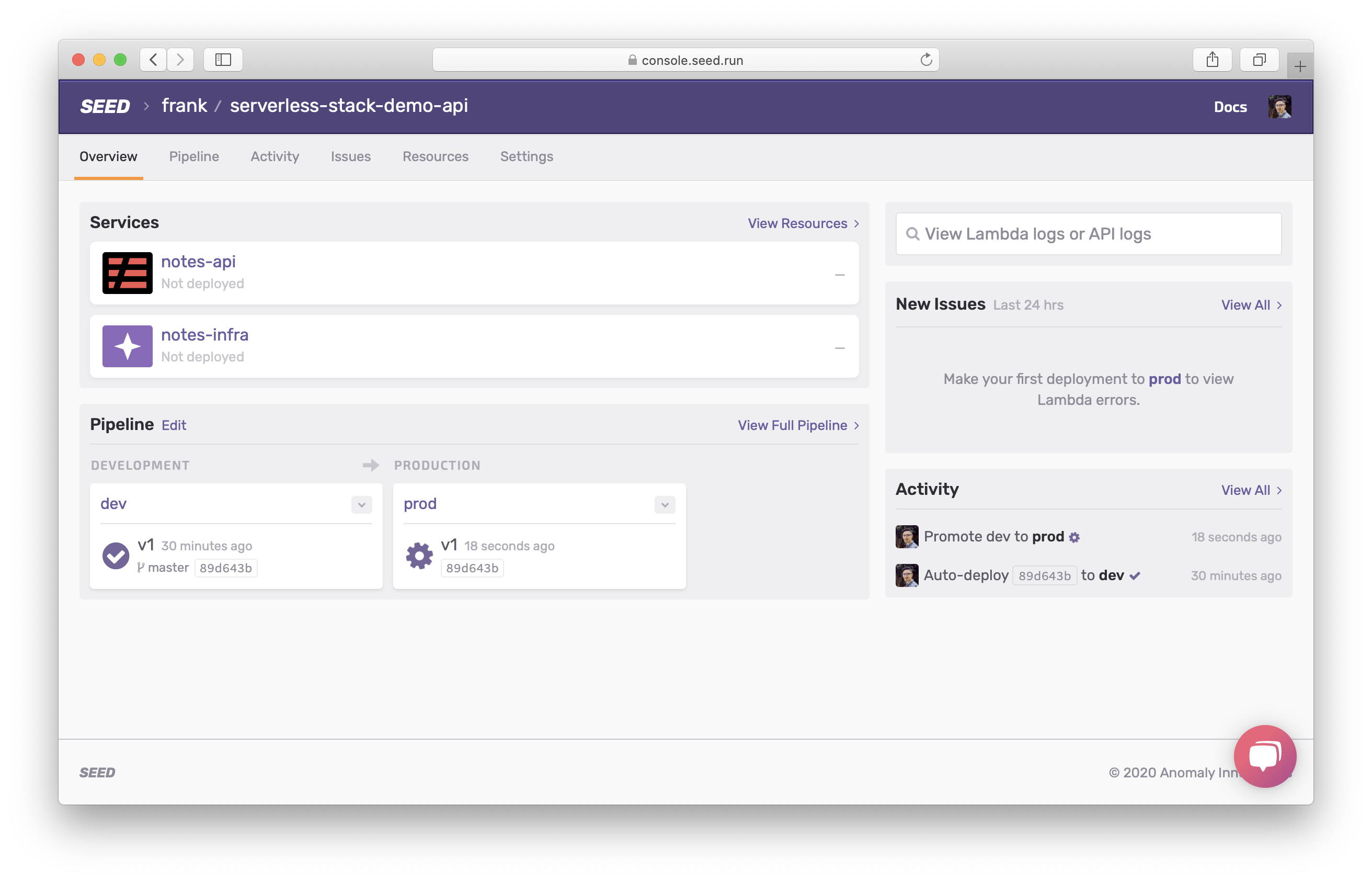 And if you head over to the prod stage, you should see your prod deployment in action. It should take a second to deploy to production. And just like before, make a note of the following from the notes-infra service. 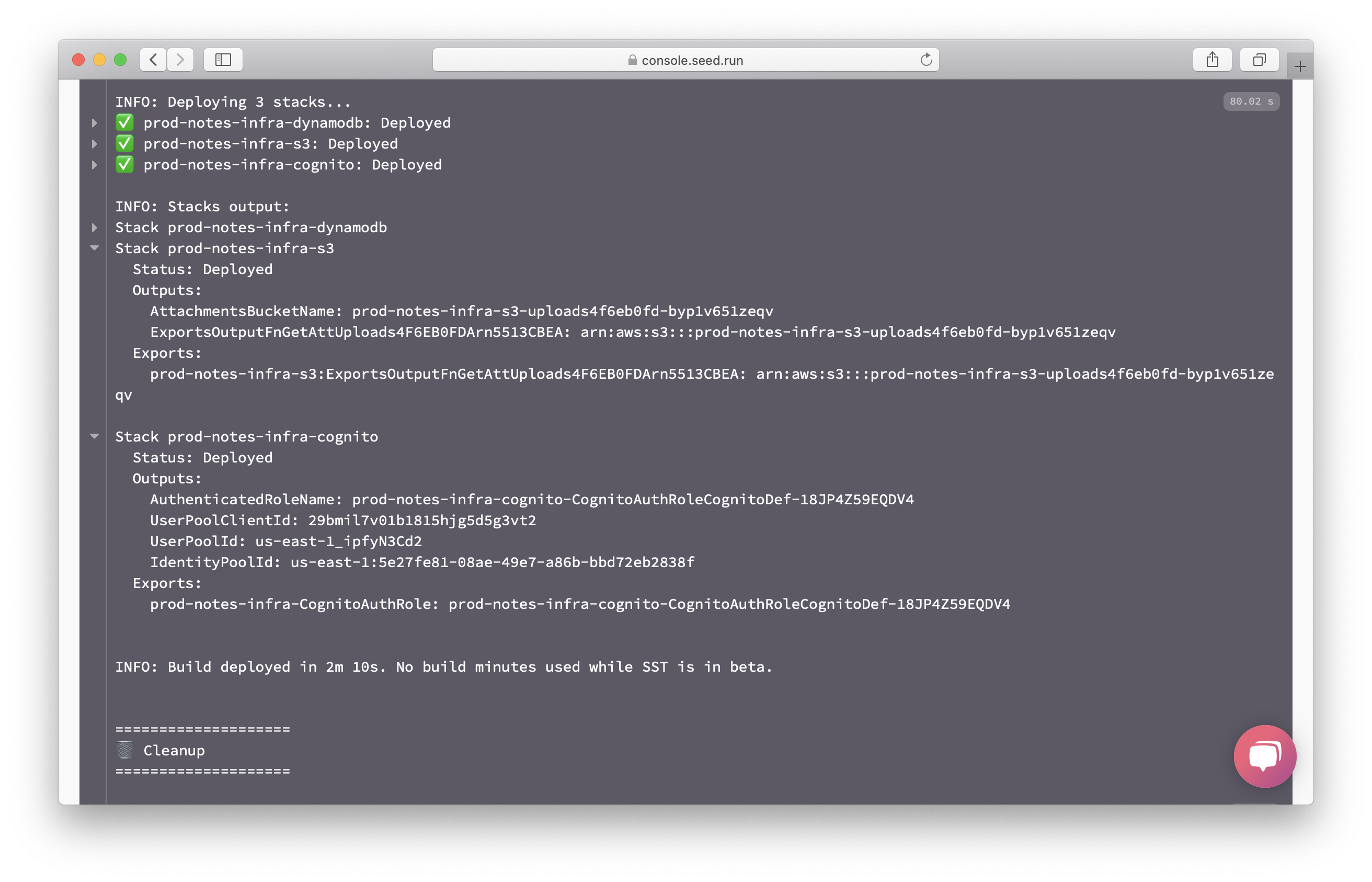 And make a note of the following from the notes-api service. 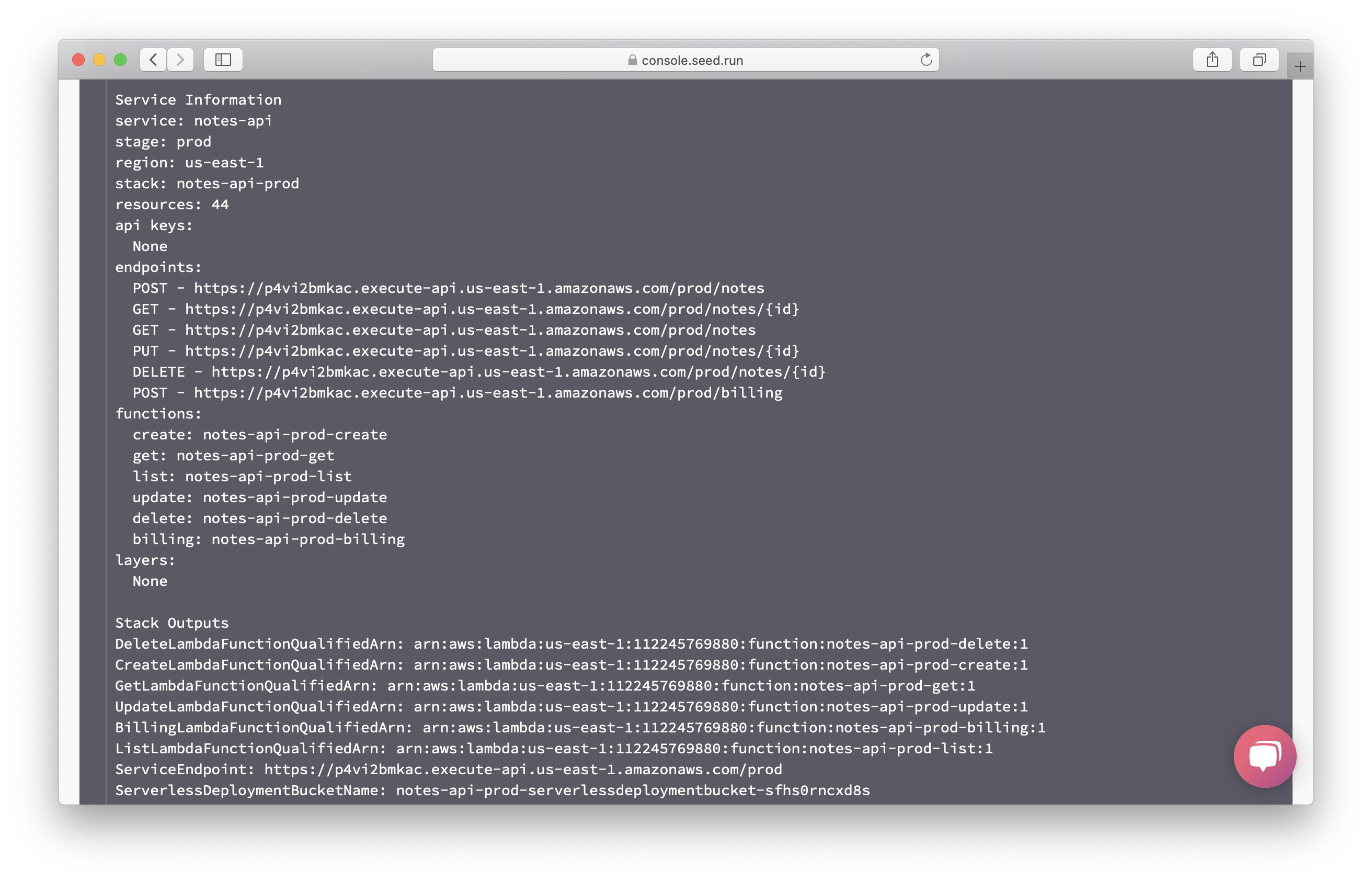 Next let’s configure our serverless API with a custom domain.

Setting up a Serverless app